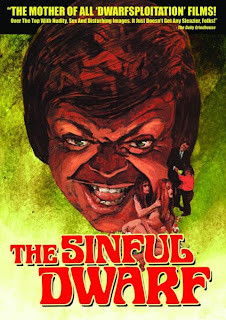 I am in the habit, especially if I've had a few drinks before going to bed, to get up in the middle of the night, lumber out to the kitchen, and chug juice out of its container in the refrigerator. This is typically done any number of times throughout any given night and is done in blindness, one, because it's dark, and two, because I am almost legally blind without my contacts. The other night was no exception. I awoke with an insatiable thirst and wandered blindly and nakedly out to the fridge. It's a journey I've made many times and therefore, I don't even think I opened my eyes. What would be the point anyway; I can't see. I did however, recoil in horror to find that the juice that I thought I was chugging, turned out to be vegetable broth. I had picked up a carton of broth, thinking it was my juice and started chugging it. And rather than spit it out, I swallowed it before I realized it. Ever since then, I think it was Monday night, I have been tasting nasty ass vegetable broth in my mouth every time I think about drinking it. It will come at inopportune times, like while I'm at a table taking someone's order or why I'm sitting here writing this blog post in my office at school.
I mention this in conjunction with 1973's The Sinful Dwarf because this movie is the kind of movie that sticks in your mind, that stays on the tastebuds and leaves that I-drunkenly-drank-vegetable- broth-thinking-it-was-juice-in-the-middle-of-the-night taste in your mouth. Trust me.
Sleazefest The Sinful Dwarf opens with Olaf, the titular little man, enticing a young woman, who is obviously over eighteen but outfitted to look as if she's an adolescent, think pigtails while playing hopscotch, with a windup poodle toy. He lures the young lady back to his mother's, (washed up singer Lila Lashe), house and locks her in the attic, injecting her with heroin to keep her complacent. Seems Lila and Olaf have quite the business. They keep young women addicted to heroin and locked in the room for the purpose of prostitution. But we'll get to all that in a sec.