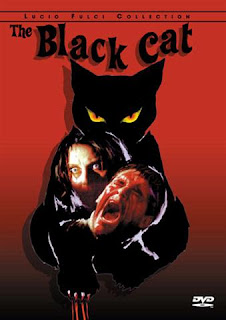 We expect Lucio Fulci to give us films like THE BEYOND or CITY OF THE LIVING DEAD or ZOMBIE. He's most famous for these and rightfully so. They're gory, frightening, visceral film experiences that have given us death by seeing eye dog and a zombie vs. shark throwdown. He's earned his right as a master of horror in pretty much every gorehound's mind. But I'm not that much of a gorehound, although I do like a bit of splatter, and there's more to the man that the living dead and seven doors to Hell. Enter 1981's THE BLACK CAT, loosely based on the Poe story of the same name.

Now Argento gave us his version with TWO EVIL EYES and Corman did a hell of job with his retelling, but this ain't that. Rather, it's a stalwartly paced mystery about some village folk who come to inexplicably nasty ends, with suspicion falling on a local medium whose penchant is to record his conversations with the dead and has a sinister bond with a black feline companion. The tone and the mood are there and the film almost feels two decades removed from its early eighties date. There's plenty of foggy cemeteries, bat attacks, and investigation of dusty crypts, but that's sort of the fun.

But what was really, really fun for me was all the stuff that suspicious black cat is capable of. Allow me to recap for you.

1. The cat has the urge to kill. The old psychic is right to be scared of the bastard. He scratches and bites and yowls constantly. You should be wary of this cat, that is for sure. Even our Maine Coon, October, sat and watched this movie as that cat commands fucking attention when he's on screen.

2. He can appear and disappear at will. Not like he just turns a corner or something. It truly seems like he's teleporting.

3. He can multiply. In one particularly gruesome attack, he's about eight cats at once. You don't know which way to look, or where to hide. This cat will find your ass.

4. He can hypnotize. Say you're driving in your car and you notice there's a cat in the backseat. Suddenly, you just want to take your hands off the wheel, press the gas, and run headlong into the nearest parked van in broad daylight, throwing yourself through the windshield. Yeah, this cat can make that happen for you.

5. He can set fires. Not with laser beam eyes or anything. He's got the smarts to topple an oil lamp into a lit fireplace if he wants to set your ass on fire.

6. He can lock you in a shed, turn off the ac, and suffocate you to death while you try to tryst with your lover. That, and he can remove the key you had with you and deposit it outside the shed, baffling Scotland Yard.

7. He can open barred doors, then hypnotize your drunk ass into impalement.

8. He can channel spirits, natch. That's probably where that motherfucker gets all his powers.

9. He frames his human for kidnapping and maiming, looking innocent all the while.

10. Oh, and he can destroy wills. Obviously.

I know it might come as a shock to you that I love cats. This only solidified my love for the creatures even more. This cat is a badass. I didn't even mention he can come back from the dead after eating poisoned food, a hanging, and then a burial under six feet of earth! And although I do not like to watch violence against animals of any kind, especially to our furry feline friends, this didn't bother me, because I knew that asshole was going to come back and get his revenge. Go, cat, go!

Recommended for lovers of vengeful cats and Fulci completists.
Posted by Jenn at 11:57 PM 13 comments:

And clown Paul, and Paul in chains, and some other awesome Paul stuff. Like a drunk in a clown suit next to a lingerie model. Ladies and gentlemen, screen grabs from OPERACION MANTIS. 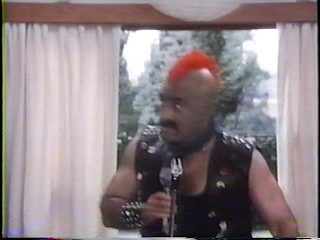 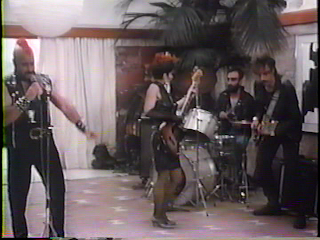 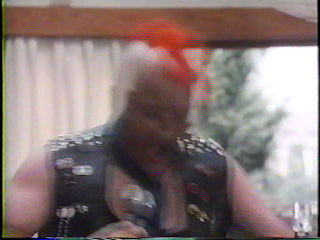 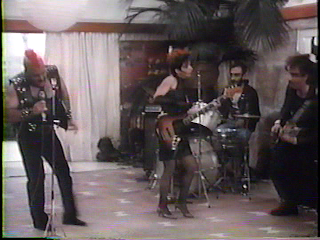 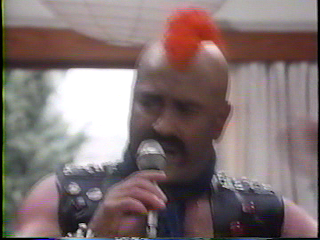 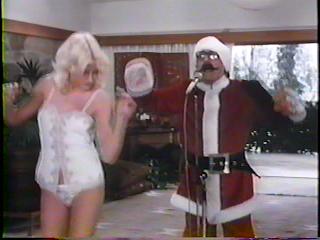 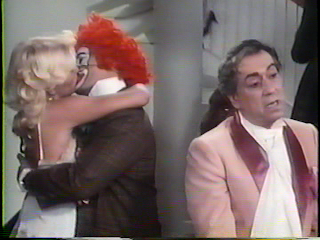 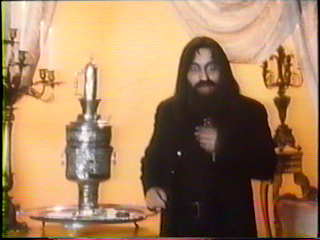 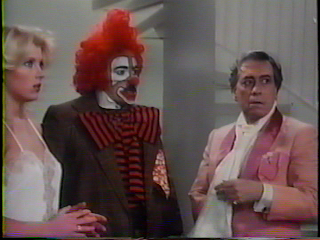 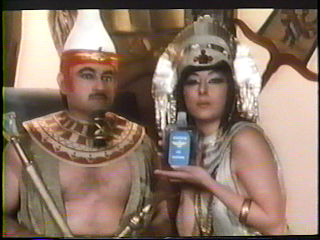