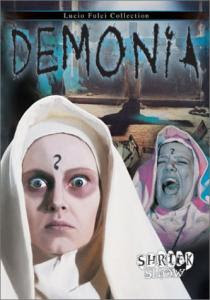 Sicily. 1486. A crypt. Human bones abound. Five nuns are being drug down a stone staircase by brute force into the crypt by cloaked men. The nuns are visibly upset and are screaming their little nun hearts out. The nuns are then forced up onto crosses and nails are driven through their hearts. Roll credits.